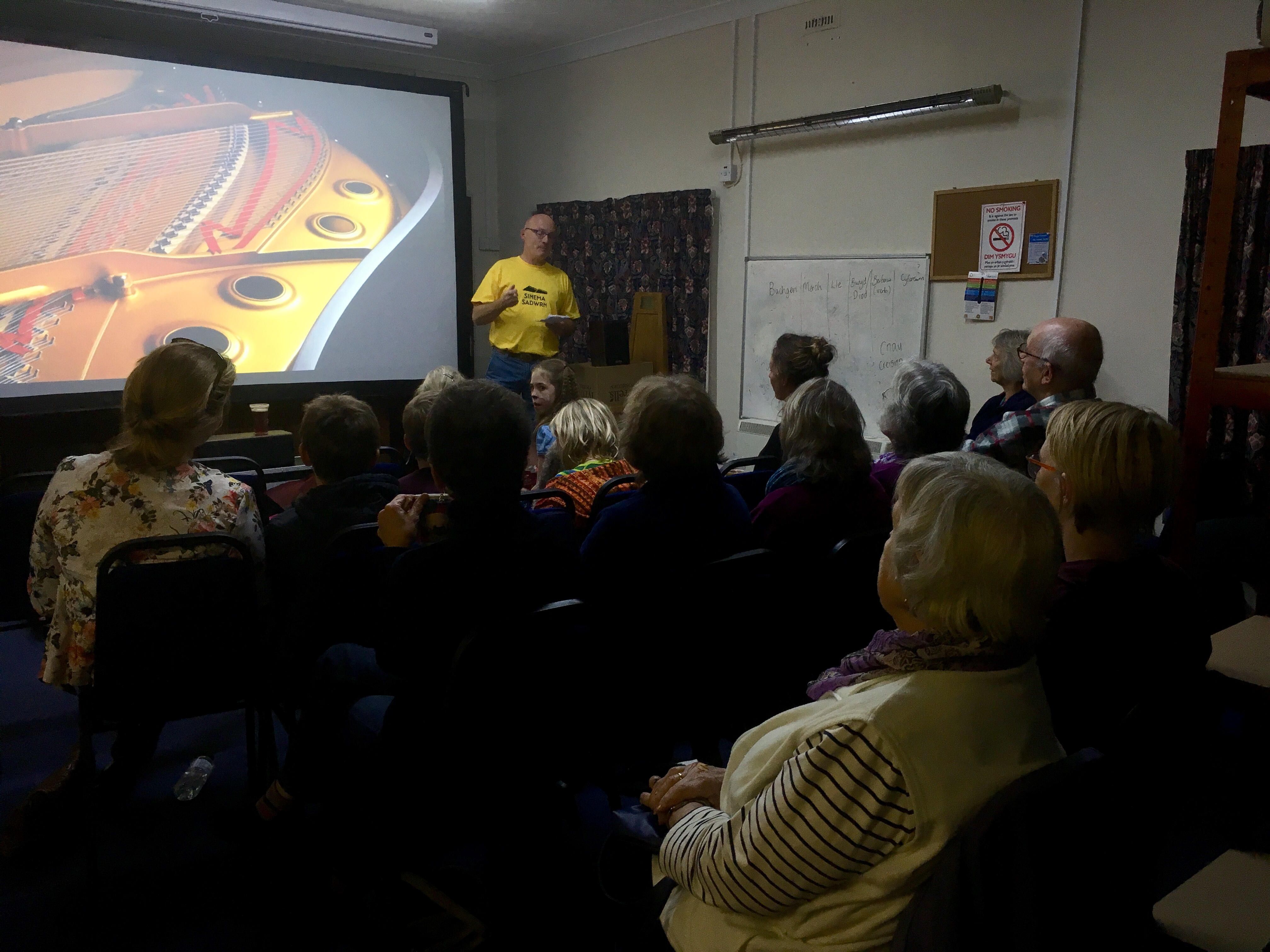 A special evening was had by everyone who attended the Sinema Sadwrn experience. The audience was a wide age range and yet again Sinema Sadwrn’s Committee managed to delight everyone.

This time we had a fully immersive experience with dogs also in attendance – how many cinemas can make that claim?

Wes Anderson’s stunning Isle of Dogs was a visual treat, enjoyed by everyone, visually rich, comedic and emotional we were all gripped. 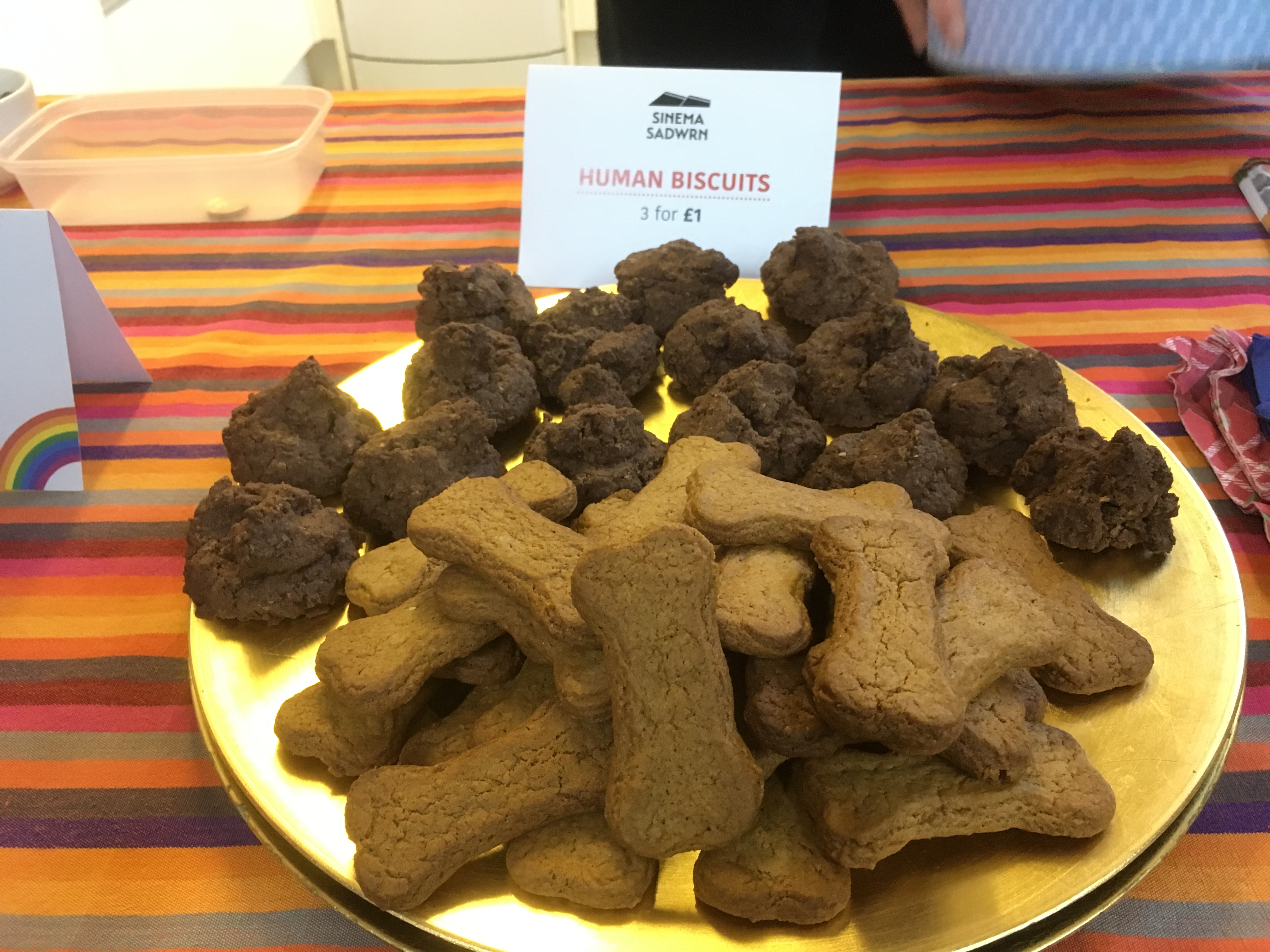 The very funny short stop animation, Boris Noris, had us all giggling.

Thanks again to everyone involved, including those who created the dog poo biscuits and brought along the dog treats.

Very importantly Sinema Sadwrn is hoping to raise money to match fund a grant they have achieved which will enable them to buy their own equipment. This will mean the village will have projector and screen to enable us to show films within the village and also potentially at other venues.

If you’re interested in supporting this cause then please get in touch with them through the Sinema Sadwrn Facebook page.